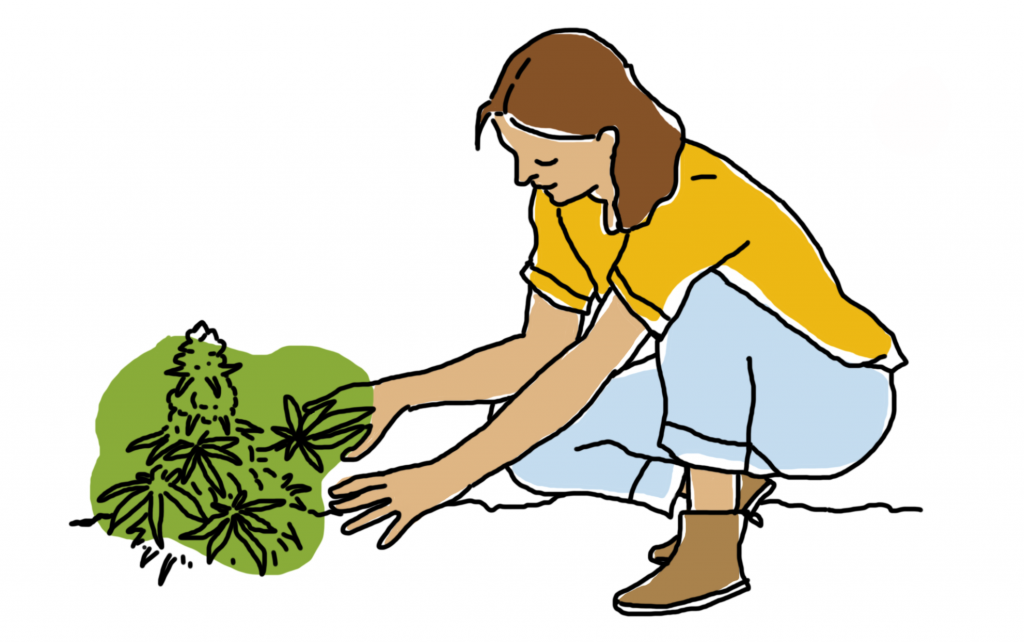 Cannabis: From a Social and Scientific Standpoint

The Supremacy Clause permits state and federal law to diverge, but the ultimate jurisdiction resides with the federal government.1 Cannabis regulations fall under this clause because, as many of us know,  each state can implement its unique cannabis laws that stand separately from the federal ban on cannabis. The response to cannabis is completely unlike the modern response to alcohol, nicotine, and tobacco. We do not have a united front on the legalization and decriminalization of cannabis due to the nation’s deep-rooted systemic issues.

A BRIEF HISTORY OF THE CANNABIS PLANT

The usage of medicinal cannabis dates back to ancient civilizations of Egypt, Greece, Rome, India, and China.2  The introduction of the cannabis plant, specifically the hemp byproduct, to the United States served as a multipurpose material used to create rope, clothing, sails, and so forth.3 The U.S. even utilized the plant’s medicinal properties throughout the 1800s.2 It wasn’t until the 1900s that laws were passed to prohibit the use of the drug due to xenophobic reactions to Mexican immigrants, who were using the plant recreationally.4 The unjust demonization of cannabis usage and the associated stigmas have thus far withstood the test of time.

Today, cannabis dispensaries are only accessible depending on what side of state lines you live in. Cannabis sales provide a large source of tax revenue for some states, meanwhile the criminalization of cannabis in other states forces people behind bars.5,6  The racial disparities in the cannabis market cannot be denied. Let us ask ourselves how many dispensaries are owned by people of color in our community and how many are not? The answer for who is benefiting from the legalization is much clearer than the answer for who is not.

Racial bias is undoubtedly present in the cannabis industry, but it is important to recognize that bias exists because of a larger problem that is not limited to one industry alone but rather present throughout the many systems in our country. The mindset which allows present day criminalization of cannabis is rooted in racism and unfortunately persists due to the historically successful discrimination against “the other.” To those affected by cannabis criminalization, it is no secret that the association of cannabis with “the other” was constructed to maintain societal control.4 The historical implementation of this control and its modern effects manifest in the uneven playing field that allows people of color to be disproportionately left behind in the booming cannabis industry.5

FOOD FOR THOUGHT: CANNABIS IS NOT ILLEGAL BECAUSE IT IS HARMFUL

Smoking a joint versus smoking a cigarette is not the same, both socially and scientifically. As a result, we legislatively treat these two substances as unequal. Despite the many years of research on cigarettes, nicotine, and tobacco, we have not prohibited these substances despite their recognized harm in their ability to reshape the human brain and cause widespread organ damage.7

The argument that “there hasn’t been enough cannabis research” is a tired excuse for the criminalization of the drug. We have drugs on the market with negative effects without any punishment to the industries that benefit from the sales of the carcinogenic material they produce.7,8 What is the real reason for the federal ban?

One must consider the benefit of hiding behind the umbrella term of “under-researched.” Perhaps the alcohol and tobacco industry, especially in states where cannabis is still illegal, do not want to lose their target audience.7,8 Perhaps the pharmaceutical industry, too, has similar monetary motivations.9 It is beneficial to the individual to be skeptical rather than act as a blind consumer.

The obvious fact is that capitalism allows harmful products to thrive on the market. Surely any smoke or foreign body inhaled isn’t going to have neutral effects and certainly, any edible substance consumed will not pass through one’s body without inducing its natural effects. But this article is not intended to convince you that cannabis is a superior and harmless drug. Anyone who markets it as just that may be trying to sell you something. The outlook I encourage isn’t one of blind disregard for the negative effects of cannabis—or any substance for that matter. The outlook we need on the topic of cannabis is one that makes room for the gray area and in turn demands unbiased research, news, and amending of laws.

Stay tuned for the second part of Cannabis: From a Social and Scientific Standpoint, featuring an interview on the scientific nature of cannabis, coming this Fall 2021.

Special thank you to Lorena Nunez.