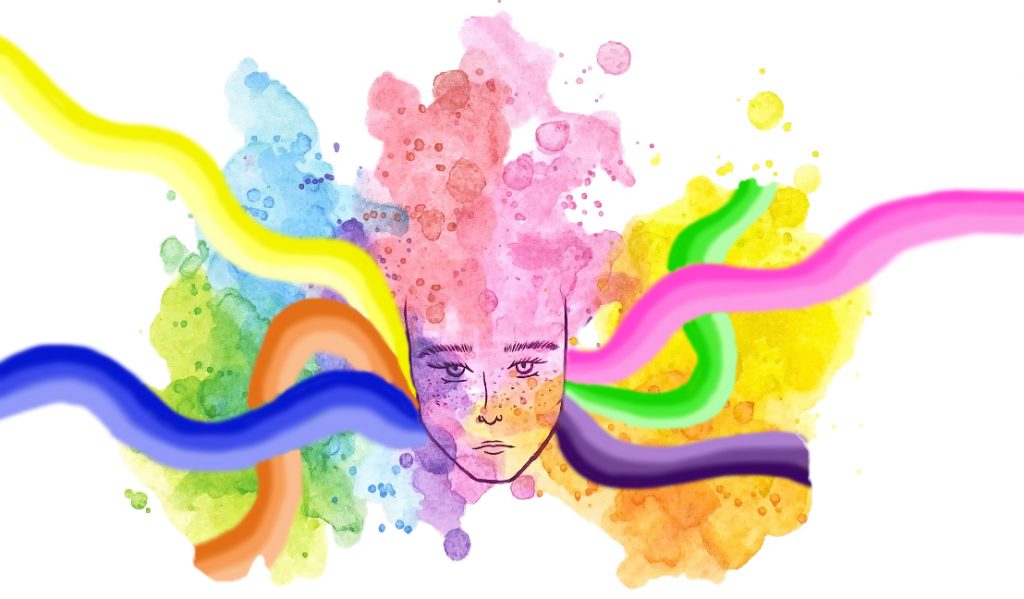 Daydreaming is one of the few intangible luxuries we humans possess that uniquely grants us the ability to temporarily live in an alternate reality. You may imagine yourself in a movie, kicking a villain’s butt, living life wildly on Mars, headlining at a sold-out concert, or even reimagining the killer remark you should have ended an argument with. Daydreaming has existed for at least as long as humans have, but only in recent years has the concept of daydreaming been put under the scope of in-depth research. Daydreaming is severely under-researched, and as a result, people with daydreaming-related disorders are burdened with an inadequate amount of treatment options and resources available to them. Consequently, patients suffer from self-doubt when doctors don’t recognize or take the disorder seriously, and thus experience a lower quality of life.

For a concept so familiar and engaging that nearly 96% of Americans partake in it daily, it is quite puzzling that little to no data existed on daydreaming until the early 2000s when researchers took their first look deeply into this phenomenon.1 This science could not have come sooner seeing as many people suffer from a condition known as Maladaptive Daydreaming (MD).

Maladaptive Daydreaming is clinically defined as “extensive fantasy activity that replaces human interaction and/or interferes with academic, interpersonal, or vocational functioning.”1 Individuals that possess MD spend hours daily immersed in highly intricate and fantasized worlds created by their minds, mostly as a coping mechanism. This behavior is a type of outlet for people who yearn for an escape from reality and wish to suppress undesirable feelings and recollections. For certain individuals, this can become a form of addiction.3

Most notably these dual streams of consciousness–of reality and daydreams–are developed at a young age and are usually uncontrollable.2 The uncontrollable nature of these fantasies is what makes MD an abnormal type of daydreaming. The leading proposition on what causes MD is the intense exposure to adverse environments and trauma as a child.1

The official term Maladaptive Daydreaming is relatively new and MD was previously classified as various different disorders; only recently has the official term come to use. In 1981, Sheryl C. Wilson and Theodore X. Barber, some of the first psychologists who observed and identified MD-like phenomena, referred to individuals who showcased extensive daydreaming as having “fantasy-prone personalities”  and “live[d] much of the time in a world of their own making…of imagery, imagination, and fantasy.”1

THE FIRST RESEARCH REPORT ON MD

Fast forward to 2002, when the first-ever qualitative research report, “Maladaptive Daydreaming: A Qualitative Inquiry”, was performed on MD by Dr. Eli Somer in Israel. This study applied a qualitative methodology to the phenomenon MD and analyzed the complexities within it. The research focused on seven subjects of Israeli descent: three undergraduate students, two graduate students, and two university-educated professionals. Somer utilized five instruments: two structured diagnostic interviews, two quantifiable questionnaires, and ended with an open-ended interview guided by trustworthy therapists.1 After his work, Somer identified four of the participants with dissociative qualities attributable to MD. During the process of analyzing the results and transcripts of the participants, Somer discovered and identified two functions, six themes, and two dynamics that give us a better understanding of the MD experience.

The first function, titled Companionship, Intimacy, and Soothing, was identified within four of the participants during the study. The function’s purpose was to build an imaginary environment that was safe, peaceful, and loving for the daydreamer. One participant described that her daydreaming “provided [her] with company and made [her] feel not only like a normal human being but also loved and socially confident.”1

The second function identified was Disengagement from Stress and Pain by Mood Enhancement and Wish Fulfillment Fantasies, the purpose of which was to disconnect the individuals from the pains and hardships of reality in exchange for living in their ideal fantasies. Another participant confessed: “[daydreaming] disconnect[ed] me from situations that are too painful… It’s as if it is easier for me to live in fantasy than in reality…I create[d] myself a better life.”1

When reading the interview transcripts, Somer recognized six common themes in the daydreams within multiple participants: violence, idealized self, power and control, captivity, rescue and escape, and sexual arousal.1 Maladaptive daydreams can come in different and unique combinations of these themes and vary in intensity. Five of the six participants revealed having daydreams relating to the themes of idealized self: their daydreams reflect directly on the person they ideally want to be. One participant expressed that he would “take on the role of the main character but make him into the admired hero of complex political and psychological drama.”1

Lastly, Somer discovered two dynamics of MD: Onset and Kinesthetic Elements. Onset recognizes a common characteristic shared by individuals with MD: coming from traumatic childhoods. In Somer’s study, all six participants reported dealing with harsh experiences in their adolescence. Somer deducts “painful interpersonal experiences encountered during a time when basic assumptions about the world and their self-images were developing, sent these young persons into their much safer imaginary world.”1 One participant expressed that her habits of persistent daydreaming developed after a romantic heartbreak at the age of sixteen, which was accompanied by severe depression.

Somer’s study was a huge stepping stone in this new field of daydreaming research. It also illuminates interesting aspects and qualities of MD that give us a better overall understanding of this largely unknown phenomenon. Somer, at the end of his study, emphasized the need for more research in this field–not only for the sake of science but also for the development of treatment options for the individuals who possess MD.

In 2015, another monumental turning point in the MD scientific community occurred. The Maladaptive Daydreaming Scale (MDS) was developed when scientists at the time recognized there were no reliable instruments constructed to measure this under-researched phenomenon and the distress caused by it.3

The MDS was constructed to be a self-reported and 14-item questionnaire to aid people in identifying whether they experience symptoms of MD.3 The questionnaire consisted of topics on compulsion/control, distress, benefits of daydreaming, and interferences of life functions.3 The MDS questions the “obsessive-compulsive behavior and thoughts, dissociative absorption, attention deficit, and high sense of presence during daydreaming, but less with psychotic symptoms” within the patients.3 It is important to note that this instrument was not formulated to formally diagnose people with MD, but rather to identify whether people possess qualities of MD. The scientists who developed the instrument constructed it to be highly sensitive, so it would be a successful and reliable tool for future research on MD. The creators of the MDS hope their invention will be utilized in furthering the development of effective MD treatment methods.3

One of the motives of the development of the MDS was to help patients who suffered the detrimental effects of MD but had no resources to identify their mental condition or find treatment options. We can explicitly see the burdens when we look at a case of a twenty-three-year-old student with MD, studied in the “Development and Validation of the Maladaptive Daydreaming Scale (MDS)”, who suffered from severe concentration problems that were negatively impacting her academic career and social life. In order to limit her daydreaming and restabilize her concentration, she resorted to seeking help from a therapist but was met with no solutions. She was misdiagnosed with conditions she knew she didn’t have and received null treatments.3 Her therapists had no efficient techniques to properly diagnose or treat the student’s problems, and as a result, she completely dropped therapy.

MD is a condition that can be represented as an invisible illness: the symptoms may not be external and physical, but rather they are more present mentally and internally.4 Therefore, since their conditions are not explicitly visible to others, those with invisible illnesses are inconvenienced with others invalidating their struggles and validity of their  condition. Consequently, this can heavily increase their sense of self-doubt. The invisible nature of these conditions also makes it harder to identify and diagnose, which leads to their conditions being left untreated.5

Unattended and neglected, mental conditions can lead to undesirable consequences such as self-harm, depression, severe self-doubt, and even suicide.1 MD is a great example of why under-researched mental conditions are in urgent need of attention because if left unattended, the people suffering will never have access to the appropriate resources. Ripe with research opportunities, studying MD and other invisible illnesses has the potential to help hundreds!