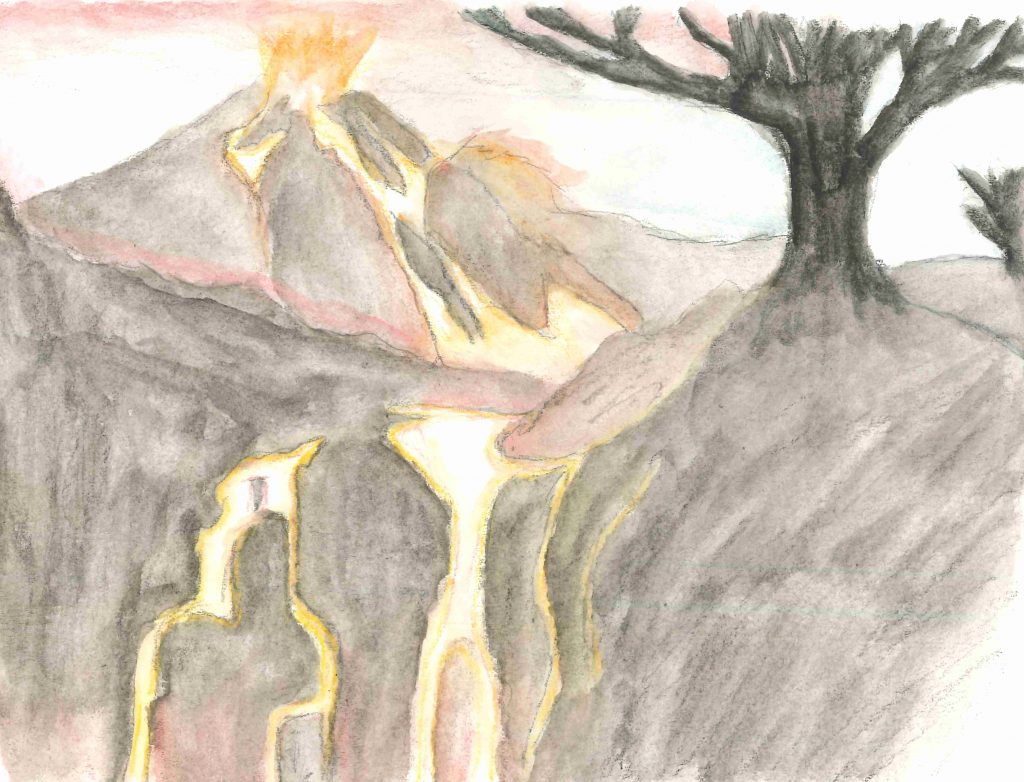 The Virtues of Volcanoes

You may have heard about the numerous volcanic eruptions happening through the Spring of 2021, but did you know there were 45 active volcanoes as of March 12th?1 This fact may freak you out because we tend to only focus on the destructive power of volcanoes that impacts people, crops, and communities. However, objectively, one can see that even though there are dangers from volcanic activity, there are also positives. These benefits include global cooling, geothermal energy, and the generation of volcanic minerals that promote soil fertility and provide building materials.

Volcanoes combat global warming by periodically cooling the planet. During explosive eruptions, huge amounts of volcanic gas, volcanic minerals, and ash are ejected into the stratosphere, the second major layer of the Earth’s atmosphere. Volcanic gases like sulfur dioxide can increase global cooling, which isn’t strong enough to combat the global warming of the planet on its own. The climate is also impacted by the sulfate aerosols released into the stratosphere which increase the reflection of radiation from the Sun back into space, thus cooling the Earth’s lower atmosphere.2 Even though some ash clouds dissipate quite quickly, prolonged periods of cooler temperatures have coincided with large eruptions. This happened with the eruption of Mount Pinatubo in June 1991, which had the largest sulfur dioxide cloud ever observed in the stratosphere since the beginning of observations by satellites in 1978. This cloud caused what is believed to be the largest aerosol disturbance of the stratosphere in the twentieth century, due to its cooling of the Earth’s surface for three years following the eruption.2 Even though volcanoes can promote global cooling, it is in such a small amount that it can’t overpower global warming as it is today. Since global cooling has been studied by many scientists as an option to combat global warming, some have recommended that sulfur dioxide and other volcanic gases be expelled into the atmosphere. However, this is considered a highly controversial topic since there is a chance that this action could do more harm than good.

Geothermal energy, the heat stored and generated by the magma flows in the Earth, is another benefit of volcanoes. This form of energy creates underground steam, which can be harnessed by placing pipes into the Earth to channel that steam upwards into turbines to generate electricity. This renewable and carbon-neutral energy source can decrease the use of fossil fuels and other nonrenewable sources to mediate global warming. The CO2 emissions from geothermal energy are almost negligible compared to emissions from fossil fuels.3 Areas that are high in geothermal energy will also often have hot springs, geysers, and boiling mud pools, which are popular recreation destinations. For some countries that are in and around active volcanic regions, geothermal energy is a viable and promising energy source for their societies. The volcanically active and earthquake-prone region rimming the Pacific Ocean, known as the “Ring of Fire,” is a good example of an area with high potential for utilizing their high-temperature geothermal systems. Many regions form the Ring of Fire including Alaska, Japan, Central America, Mexico, and many more. The Guatemalan government, with an abundant hydroelectric option, has the potential to blend hydropower and geothermal energy to reduce the demand of imported petroleum and other conventional energy sources.4 By reducing reliance on costly fossil fuels, geothermal energy has the potential to decrease the human impact on global warming.

Volcanic eruptions can lead to the breakdown of minerals to form the most fertile soils on Earth. According to the US Geological Survey, these extremely fertile soils have produced an abundance of food which has helped to foster many civilizations over centuries.5 This form of soil enrichment results from the dispersal of volcanic ash over areas near the eruption site. A good example of this includes the areas around Naples, the site of Mt. Vesuvius, where “there are fertile stretches of land that were created by volcanic eruptions that took place 35,000 and 12,000 years ago”.6 Due to volcanic eruption, the soil in this area is rich from the deposition of the fruitful minerals, weathered down by rain and air. Hawaii’s agricultural products — mango, starfruit, lychee, ginger root, taro, pineapples, and more — on the islands are other  examples of how volcanism  promotes agriculture. Particularly, in Maui, volcanic soils largely consist of non-crystalline minerals, such as allophane and imogolite, that promote the formation of strong bonds with organic matter.7 When these minerals are broken down and absorbed into the soil they become a steady supply of nutrients for plant life.

Volcanic minerals that nutriate the soil can also be used as building materials. The basalt and diabase, deposited from eruptions, has been used by construction workers in the past and present times to create concrete aggregate, road metal, railroad ballast, roofing granules, and riprap to name a few examples. Minerals, such as lime and volcanic ash, were used in ancient Rome to make cement. In modern times, pumice and volcanic ash have been utilized to make cement for major construction projects like dams, road-building, and even bridges.8 There are even naturally-occurring underground structures made from volcanic rocks that people didn’t build, yet they help us all the same. Particularly in northeastern California there are volcanic rock aquifers called the California Cascade Aquifers that supply water to rivers by transmitting groundwater from the absorbent rock, which contributes significantly to California’s water supply and are highly resilient to drought. The California Cascade Aquifers and the associated rivers supply water for domestic and agricultural uses in California, and sustain habitat for cold-water aquatic species.9 The California Cascade Aquifers’ critical role is realized during late summer months when snowmelt runoff has ceased and drought season is present, in which it becomes the primary water supply for Northern California. Evidently, volcanic deposits have proved to be quite an advantage for agriculture and construction needs in the past and present.