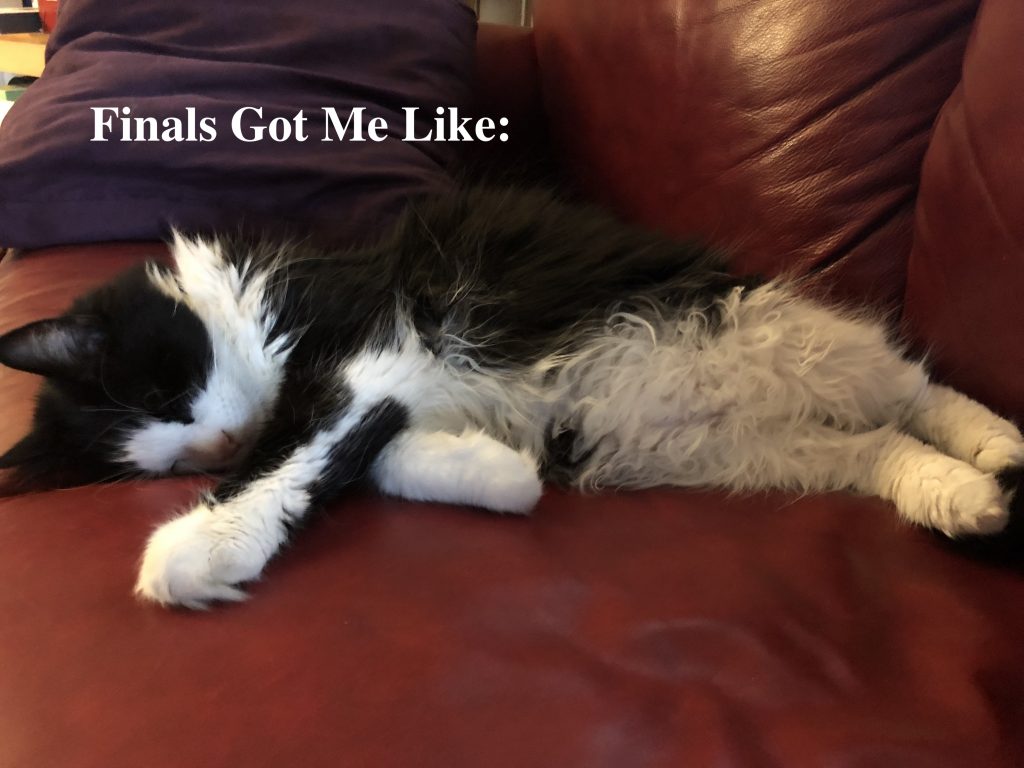 Hey you! Yeah you, a college student. Have you ever dozed off during a mid-afternoon lecture, or just struggled to maintain your focus and overall energy throughout the day? Chances are that you have; I have too. In fact, it’s quite common to get tired in the afternoon. Many of your peers work around this, as you may notice, by taking a nap, and maybe you do too (Bravo!). In doing so, you or others might be subject to ridicule and belittlement. But napping is nothing to scoff at, as studies show that we may be justified in doing so.

You may have forgone a proper night’s sleep in order to cram for an exam the next day, or get that paper or project done. After all, “college students, on average, get six to 6.9 hours of sleep per night, and the college years are notoriously sleep-deprived” (Maccabee, 2019). Many students concurrently juggle extracurricular activities (like sports and clubs) along with part-time work, volunteering, or undergraduate research, all while being enrolled in classes full-time. So it isn’t unusual  that sometimes we have to sacrifice precious hours of sleep when our schedules can’t fit into a 24-hour day. Even pulling one all-nighter, however, can heighten stress, irritability, and reduce attentiveness (University of Minnesota Center for Spiritual Health, n.d.). And over time, sleep deprivation may increase blood pressure, as well as increase risk of type II diabetes, breast cancer, obesity and major depression, and compromise one’s immune system (University of Minnesota CSH, n.d.). Sleep is critical to maintaining physical and mental health on a daily basis.

Now, how can napping provide significant cognitive and physical refreshment when it is a mere fraction of the length of a good night’s sleep? Adults require seven to eight hours of rest a night, per the American Academy of Sleep Medicine, and young adults are thought to need even more; can an hour or so of shut-eye make a big difference?  These questions and doubts will be put to rest with the following findings regarding napping.

Firstly, in a joint study by NASA and the FAA, researchers observed that napping greatly rejuvenated pilots and helped them stay sharp in the cockpit. Flight crews were designated as Rest groups or No-Rest groups randomly, with Rest groups taking turns napping for 40 minutes at cruising altitude (mid-flight). No-Rest groups stuck to normal activities during their 40 minute break, but did not nap. All pilots’ activities were tracked over the nine-hour flights, with eight flight legs flown, and 25 hour layovers spanning them in the study. And in flights three through seven, NASA researchers accompanied pilots to document their alertness by measuring brain activity and eye activity, with Electroencephalograms (EEG’s) and Electrooculograms (EOG’s). What these researchers found prompted them, partially, to work with the government and aviation industry on guidelines for controlled rest on flight-decks.

These results confirm the fatigue and sleepiness pilots and airline personnel experience while traversing different time zones over long trips- but these results also show that naps as short as 25 minutes effectively combat sleep attacks, keeping flight personnel alert and attentive, especially during the critical phases of descent and landing in a flight.

In addition to keeping oneself awake, napping has also been associated with improved learning capability, but how exactly? Various research groups have explored the junction of napping and learning, and have yielded statistics suggesting that napping does indeed support various forms of learning.

Dr. Sara Mednick, currently director of the Mednick Sleep and Cognition Lab at the University of California, Irvine, designed a study to correlate napping and visual learning ability, instructing participants to either nap for 60 minutes, 90 minutes, or not nap at all. The subjects were given a perceptual learning task, requiring them to identify the patterns a visual stimulus formed when the image flashed for a short time, before being covered; their performance was scored by the amount of time they required to identify their visual stimulus accurately (a threshold 80 percent of the time). They were tested once in the morning-after which some napped, once again that evening, and then the next morning, after a normal night’s sleep. Although all participants slept around 7.5 hours that night, there were significant differences in threshold improvement, as Mednick called it. Over the course of the first day, the control, no-nap group declined in performance from morning to evening, while the 60-minute nap group showed slight decline, and the 90-minute nap group improved almost as much as the control group declined. In fact, the 90-minute nap group’s development over 24-hours even exceeded that of the control group over 48-hours, by a narrow margin. Mednick thus concluded that a 90-minute nap was as effective as a full-nights sleep with regards to visual-perceptual learning.

Dr. Mednick is certainly not the first researcher to find that napping benefits learning-far from it. Matthew P. Walker, founder and director of the University of California Berkeley’s Center for Human Sleep Science, discovered that napping enhanced consolidation of memories. With the help of 44 study participants, averaging 21 years of age—24 of which were instructed to remain awake, and 20 of which were instructed to nap for 90 minutes Dr. Walker was able to test human episodic memory. All participants were tested with memorizing 150 name and face pairings, once at noon and then again later at six.

So, Mednick and Walker’s findings highlight 90 minute naps for effectively enhancing learning, especially perceptual learning and retaining information in general. But what if you can’t afford 90 minutes? Then experts recommend you take a 20-minute nap, from which you can still receive improved alertness and attentiveness, and wake up spry (“What is the Ideal Nap Length”, n.d.). By napping for longer, you progress into stages of deeper sleep, and upon waking, can experience a “sleep hangover”, which may take a half hour to shake off. But should you nap for 90 minutes, you progress through a full cycle of sleep, and will wake from a lighter stage of sleep . Also, you’ll experience an enhanced learning ability, as well as rational and creative thought processes (“What is the Ideal Nap Length”, n.d.). And don’t forget the aforementioned benefits of power naps too. Even if you have as little as twenty minutes to spare, you can still give yourself the refreshment you need to carry on with your day. Do yourself a favor, will you? Take a power nap!