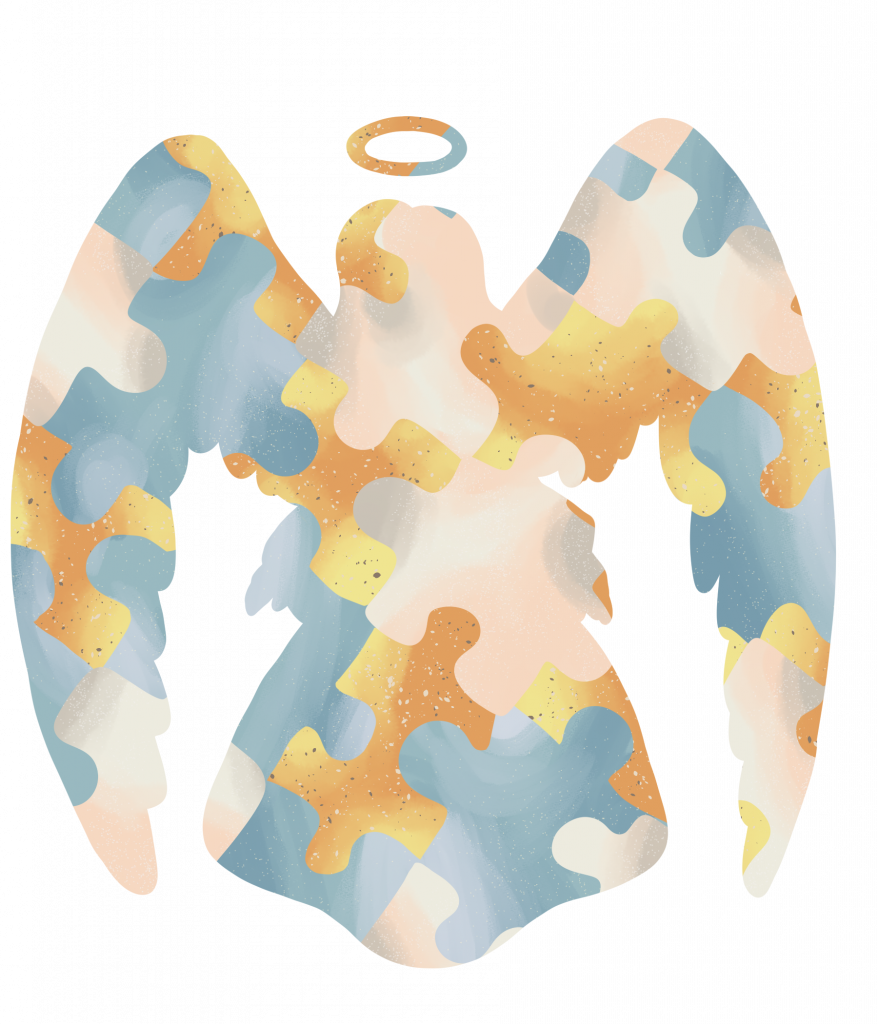 My mother once told me that angels were real. That they were always there, looking after you, guiding you places, even when you can’t see them. I sometimes wonder what she’d think if I told her: “But I saw them, mom. My guardian angel—I saw them and they saved me.”

Their name was Euclid. At least, I decided to give them a name that I now realize was rather poignant and unfitting. It was on Euclid Street that I was supposed to meet my fate, when that trucker came barreling towards a small 7-year-old. And yet, in the fraction of the second the truck was supposed to hit me, I felt a firm and jarring tug as if being pulled into another plane. Mundane vocabulary would fall apart for the realm I entered, and as my body seemed to stretch and squeeze simultaneously in this infinite space, I flashed back into tangibility before the memory could register properly. There, on the soft grass encircling the playground nearby, I lay out of breath with the street sign’s shadow folding strangely against the dark pavement. In the distance, the truck rolled onwards as if nothing had ever happened.

There was something about this situation that even today still has me thinking. It was like a mind game—a missing puzzle piece. Perhaps that’s why I liked puzzles so much; it was my favorite game to play with my mother, and the game I’d always play with Euclid. I would shake open the puzzle box in the orphanage and lay out all the pieces. One piece goes here, and another piece goes there. Gradually, you’d arrive at a semblance of the box cover and pride would wash over yourself like it did with me. As a kid, I knew it takes time to place the pieces together and make it all work out. It was only as an adult that I’d come to realize the meaning behind the process.

If only Mother hadn’t left, hadn’t disappeared into thin air, then there wouldn’t be such a gaping hole in this puzzle I’m left with now.

The guardian angel stayed with me for some time after. None of the kids would believe me though; cookies materializing in my hands and time reversing so I wouldn’t fall from an accidental trip would go unnoticed, or even laughed at. I guess I didn’t know how to elaborate with my babbling mouth that there was a way in which the air shifted, how it looked like someone was pinching through space itself, when Euclid’s ghost came to be. They pulsated in and out of reality, ever-changing, ever-mysterious.

And then in time, just like my mother, Euclid vanished from existence, too.

I think that was what people meant when they described adulthood to be so embittering: you were all alone, nothing was fun anymore, and you have to pay taxes. Although some of them were true, I still found certain things to be fun. It took a considerable amount of effort and quite a bit of luck, but eventually I’d discover myself in university with a penchant for juggling numbers and theorems. People called this the work of mathematicians; I merely called it my own way of fun. It only felt right, too, that I pay respect to the late scientist my mother was. She had stacks upon stacks of unfinished papers, filled with rich research left like the cliffhanger of a captivating book. So, I took it upon myself to understand her intricate work. Euclid was quiet during this time, but I still like to believe that the luck I gathered along the way was thanks to them.

By then I had gotten used to the unfinished puzzle and the silence of working alone, until the angel resurfaced one day in class.

The lecture fell upon the nature of parallel lines. One such student dared to ask whether they will ever intersect, to which the obvious answer is, of course, no. But the professor added on to the discussion, and to the clues I’ve mulled over for years: those lines will never cross—but only in planar geometry. If the surface were, say, curved, then parallel lines can indeed intersect.

Because it is within the realm of Non-Euclidean geometry.

In that moment as the last missing piece shifted into place, recollections of stories and articles about the scientist who disappeared into the higher dimensions came into focus, and the space beside me quivered like a heartbeat—like… a stifled sob.

Looking at the big picture now, it all makes sense.

If I could, I would have reached out into the folds of hyperspace so that our lines could cross; so I could give my mother, my guardian angel, a long-awaited hug.