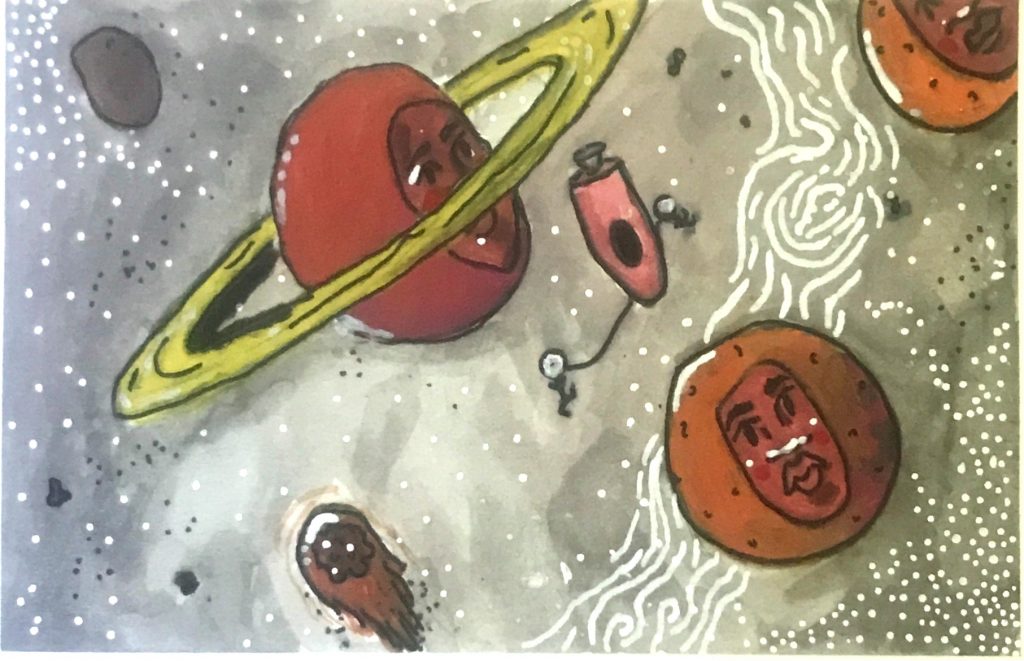 How to Grow Your Own Cosmic Garden: A Step-by-Step Guide for the Celestial Gods and Goddesses of the Universe

Cosmic gardens are the glowing forces of the Universe that give an otherwise empty vacuum significance. They hold within them stars that emit light and twinkle in red and blue star clusters. The planets they create add personality and character, where some may rain diamonds, fashion 600 rings, or have an ocean with no land. Growing your own cosmic garden will open more worlds for the universe to explore, and it’s sustainable! In this guide, you can learn how to grow your own garden of planets and stars with heat, gravity, and a lot of time.

Like all other gardens, you will need some matter for your stars and planets to grow from. To start, look for an undisturbed cloud of gas and dust. These clouds, called nebulae, are all over the Universe and originate from past generations of stars (even the Universe recycles!). They are very cold, about 10-20 Kelvin in temperature (almost -500 degrees in Fahrenheit) and are roughly 98% hydrogen and helium and 2% heavier materials from past stars.

Once you’ve found a nebula that interests you, it must be disturbed by an event in order to begin its transformation. To do this, you can either compress your nebula with shockwaves from a nearby supernova (an exploding star) or from the rotational pull of a galaxy. The shockwaves/galaxy will compress your nebula into clumps around 10,000 times the mass of the Earth’s Sun (if you’re using the Earth’s Sun as a reference).

Now that you have a disturbed cloud, gravity can take over. The pressure of gravity will overcome the internal thermal pressure (radiation) of your nebula and the clumps will collapse into dense cores. This process takes about 10-50 million years, depending on the mass of your cores, so now is a good time to find a different hobby.

Once you’ve returned to your garden, you will see that your dense cores have collapsed into baby stars, called protostars, about 10 to 50 times the mass of the Sun. Gravitational potential energy will convert into thermal energy within your protostars, and your baby stars will shrink and heat up to thousands of degrees (so handling with gloves is a must). By this time, you will see that each protostar and its angular motion has created a nebular disk from your outer cloud. Matter from these disks will fall into your protostars and increase in size by a factor of 100.

After a few million years, nuclear burning should begin and the shrinking of your protostars will slow while their surface temperature rises. Strong stellar winds from your protostars would have stopped the infall of matter, so nuclear fusion will increase until its pressure matches the pressure of gravity and your baby stars will stabilize.*

*Sometimes, the gas surrounding a new star could collapse under its own gravity, and you can end up with a double-star solar system!

Now that your garden is enchanted with hydrogen-burning stars, the formation of your planets can flourish. The gas and dust within your nebular disks will lose their energy in the form of radiation and cool down into tiny grains of metal, rock, and ice. To build up your planets, stick these grains together by having them sweep the orbital path around your stars where they will collect more matter as they go. Once your grains have grown to the size of asteroids their gravity will attract all the matter in their orbit, and in 100,000 to 20 million years your planets will have formed into their sizes. Smaller planets will be rocky and closer to your stars (since your stars would have taken in most of the matter closest to them) while larger planets will be further back and more gaseous (called gas giants) or icy.

After a million more years the leftover gas of your nebular disks would have been swept away or condensed into moons surrounding your planets, and in 10 to 100 million years larger planets will have taken their final forms while smaller ones will have collided into one another and broken into meteorites.

All of the planets in your garden will be unique with each one having taken in a mixture of dust and gas very different from one another. Though your stars have settled and your planets have solidified, a cosmic garden does not stop there. Your planets will have begun formations of their own, revealing striking characteristics and motions. Maybe one of your planets will have 12 sunsets in a day or a distance so close to the sun but a gravity so strong its ice won’t melt.

Commiting to your own cosmic garden will undoubtedly give the Universe another reason to shine bright for billions of years. As the perfect worldly and galactic project to grow and observe, your planets will harness creations of their own around your glittering stars. Your garden will teach you the ways in which a planet may protect neighboring smaller ones from incoming meteorites, or watch life and civilization rise and collapse on planets the size of your thumb. Afterall, it’s likely your garden will stick with you for a while. Perhaps by then you’ll see that the exciting part about growing a cosmic garden is that it will never stop flourishing even after your planets have been destroyed or absorbed by your dying suns. As your stars cool quietly into red giants or explode as supernovae and collapse into blackholes, watch as your garden returns to the Universe where it will inevitably be forced to grow again, no planet the same and each star a gleam.