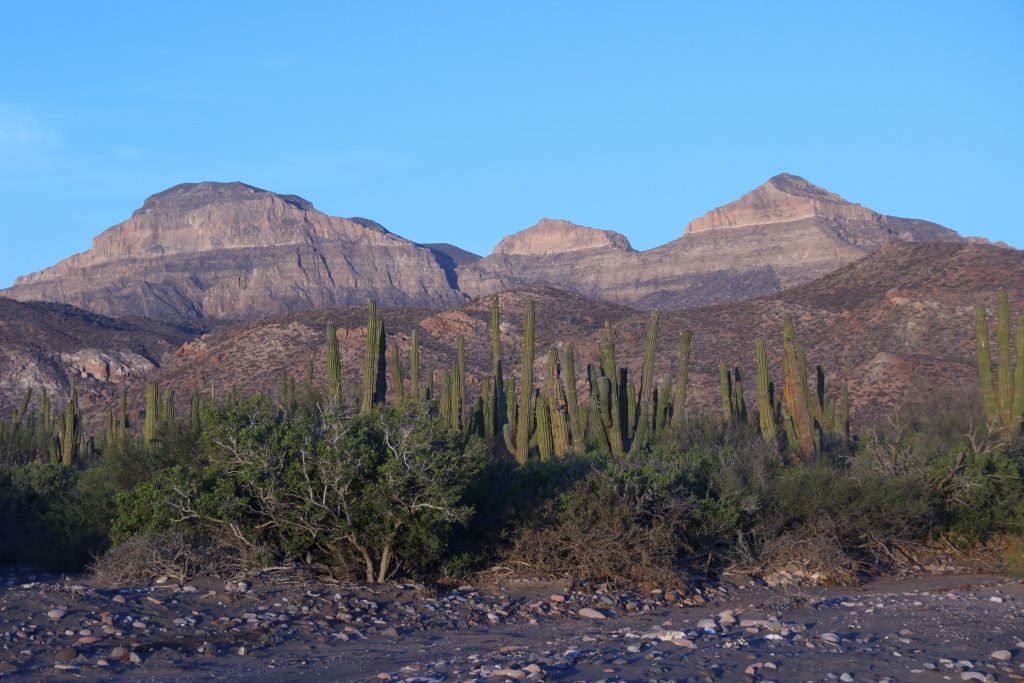 It’s Alright to Be Wrong in Science

By Tatjana Beck and Ally DiLorenzo

Going to college is such a transformative experience as you’re given the opportunity for academic and personal growth. However, with this comes the unfortunate opportunity to also fall short, stunted by your own apprehensions. Most scientists go through this turbulent experience as STEM students, exploring their passions while battling a fear of inadequacy. It’s a rite of passage, like learning how to ride a bicycle. Maybe being a STEM student is more of a unicycle-jumping-through-a-ring-of-fire experience, but riding a bike nonetheless.

Many college majors leave room for error so their students can stumble, make mistakes, and recover. Improvement and learning from errors is encouraged. For a lot of STEM students, it seems like this buffer doesn’t exist. Completely disregarding the fact that our lives are formed by our mistakes, many of us go about our studies in constant fear of failure. When we, two ecology and evolutionary biology majors, were given the opportunity to take part in a spring field quarter in 2019, the experience was no different; we felt an extreme amount of pressure to achieve success.

For this course we created and conducted a two-week scientific study, grouped with one other student, on the Baja California peninsula. Our time there was spent learning how to do work in the field while camping out on a nearby small island called El Pardito. The few families living on El Pardito generously hosted us and provided transportation, food, and local knowledge of the study sites. Despite the unfamiliar location, we were fairly confident when we began formulating our experiment. We created a list of relevant species, used Google Maps to become familiar with the area, gathered supplies, and shared our ideas with our peers and professors. We were ready to take on the desert of Baja and come out of this experience with presentable significant results. But boy, were we in for a ride.

With high hopes, we began our project researching the top-down effect of predators on the small mammal and lizard populations that inhabit the dried up riverbeds spanning the coast of San Jose Island and mainland Baja. Yet, after three days of trekking through shifting sand under the hot desert sun, pouring pungent cat food on flattened rocks, and dodging pugnacious tarantula hawks, the camera traps we set ultimately failed to capture any photos of the large predators we were after.

Seeing that we would not gather enough data to provide solid support for this concept, we knew that we needed to take a step back and broaden the scope of our investigation. Toiling over our notes for hours, the sting of our sunburns became more eminent with the heat of frustration from getting absolutely nowhere. We were forced to reassess our project and figure out the true root of the patterns we were observing. Given that we were in a remote field location with no internet or any other outside resources, we needed to be creative. We couldn’t just whip out our computers and look up the answers like we were so used to at home. This time was different.

Putting our heads together again, we attempted to come up with just one idea that would help us get over this setback. After exhausting all the options we could think of, we realized that the majority of the day was behind us, wasted by our reluctance to look outward. Having come to terms with the fact that we weren’t failing ourselves by asking for help, we went to find our professors who were ready to talk and guide us to a solution.

Although it was a long and initially disheartening conversation, we figured out a way to amend our study by focusing on the effects of livestock grazing on plant and small animal populations. During those first three days we noticed the impact livestock had on plant composition, so this seemed like a logical next step to continue our project.

With renewed vigor, we threw ourselves into our new project and hypothesized that small animal populations would be smaller on the mainland because the presence of grazers causes a lack of shrubbery and protective cover for the mice and lizards. At both locations, we trapped small mammals, estimated lizard populations, and calculated plant species composition. After a rough analysis of our data we found a positive correlation between plant density and population size. Finding this significant correlation was exhilarating, and led us to believe that we were on the right path to determining the impact of grazing. Yet when we reanalysed our data back in Santa Cruz, we realized that our hypothesis was wrong again.

Contrary to what we thought, plant composition did not make a difference in population size in the way we predicted it would, rather it was the type of soil that the animals inhabited.  Isla San Jose is sandy and provides many crevices for lizards as well as easy digging opportunities for mice. The mainland peninsula is rocky, making it harder for mice to burrow, and lizards are not able to sprint across the ground the way they can on the island. We were upset and embarrassed that all our work had not amounted to much simply because we failed to consider soil composition.

Mistakes and overlooked errors like ours are made by scientists every day. It is just something that comes with the career. When we talked to our professors about improving our project, they foresaw factors that we had overlooked. The patterns we observed were straightforward – there were cows on the mainland and there was less shrubbery. We connected that to small animal populations and presumed that the lack of plants would result in a lack of habitat. We didn’t consider that soil composition would play a role in the burrowing habits of small mammals. The rocky mainland may have made a vast difference in burrowing ease compared to the sandy island. We later found out that our professors, as practiced ecologists, knew that this discrepancy would skew our results but didn’t tell us. The real point of the project was for us to experience failure and amend our projects based on what we learned.

When they first told us this, we couldn’t believe it. How could they know we had been messing up so badly but not redirect us sooner? However, after giving it some thought we realized how resourceful we had become to make things work on our own. Once we returned home, we still wrote a paper with the results we found. We presented our findings and talked about what we got right, but also why most of our results were likely wrong. It was embarrassing at the time, as some students conducted straightforward projects that produced equally straightforward results while we were stuck explaining why our project ultimately failed.

STEM students feel a lot of pressure to be perfect and correct all of the time. You must not fail an exam. You must present notable results in a presentation. You must write a paper worthy of publication. Many students enter projects with the mentality of needing to be right and produce statistically significant results in order to be successful. But that is simply not the case. Without failure there is no science; they coexist. If we don’t give ourselves the chance to misstep we will never truly learn.

Being Wrong is Okay!

This project was just the beginning of our scientific careers and it floundered. We spent days researching and preparing for the most exciting opportunity in our undergraduate career thus far, and it didn’t go the way we had hoped. However, we gained valuable experience that we can apply to our careers in the future.

Working in science is all about learning—from observation, from experimentation, from errors, and from fellow scientists: this is how we share information. When a hypothesis is wrong it means the scientific method is working, as it allows you to go back and reanalyze the problem through a different lens. This process of re-evaluation allows science to be a flexible field in which improvement comes from working through mistakes.

Of course, nobody wants to start their scientific career by messing up. Putting so much time and effort into a project only to fail is frustrating, but it’s important to be open to the fact that what you’re doing might not work. It’s hard to look past your mistakes and realize that you’ve still contributed something worthwhile to the community, but you have! Releasing yourself from the pressures of academia can open doors to personal success and growth in the path you take. With time, you can recover from any failure or mistake and take pride in the lessons you’ve learned.