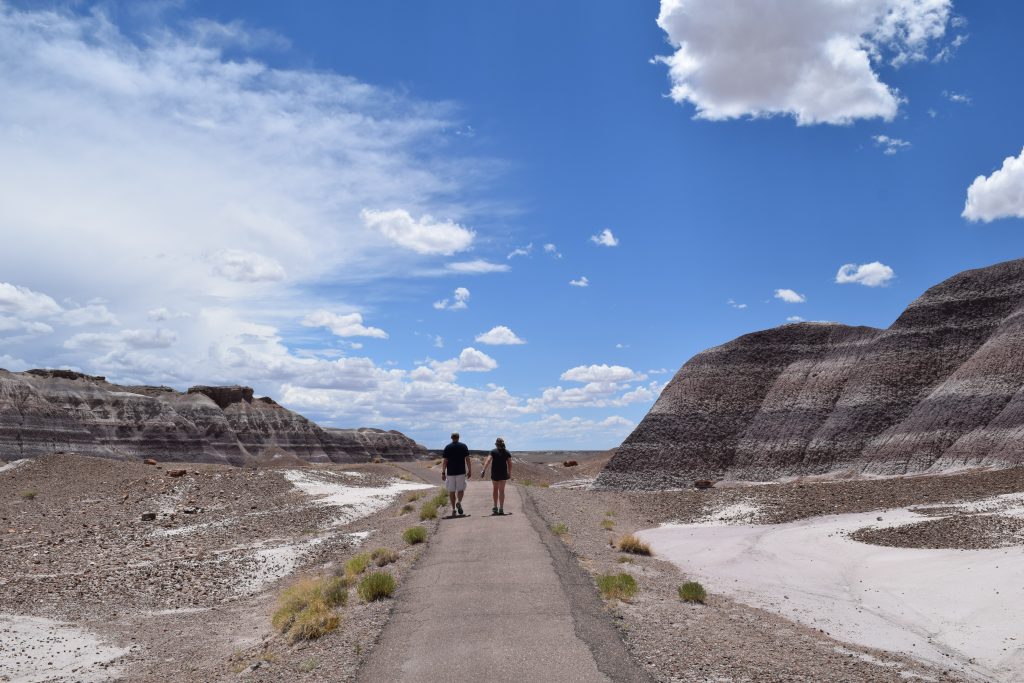 “I can’t believe it’s just like all the movies,” I said for what had to be the third time that day. I had my feet up on the dashboard, munching on Hot Tamales as I watched the desert whiz by at 85 mph. It was the highest speed limit I’d ever seen, but then again there really wasn’t anything to run into out in the wilds of New Mexico. It had been at least an hour since we’d seen another car, and on all sides the desert stretched out to the horizon, unbroken save for a scattering of small hills and mesas.

“There’s no cover for miles. If there’s an ambush we’re screwed,” Dad replied, pretending to scan the horizon for a band of outlaws. He’d grown up on Spaghetti Westerns, and was just as impressed as I was that the unchanging, unforgiving landscape was living up to the visions from the silver screen.

“I don’t think there’s anyone in New Mexico to attack us,” my 12-year-old sister piped up from the back, where she was wedged between the door and a wall of suitcases stacked on a storage unit.

“It’s 111 degrees Fahrenheit, so I don’t blame them for not being out on the road.”  In this alien world where gas stations only showed up one every hundred miles or so, my biggest fear was to have the AC break or run out of gas. I could picture the scene from An American Tail: Fievel Goes West (which Dad and I had agreed was a perfectly accurate depiction of moving to the west coast) where the eponymous character wanders the desert in search of civilization, being tricked my mirages as he succumbed to thirst and desperation. It wasn’t a far stretch to see that happening to us, especially on the stretches of road where cell reception wore thin.

“How far away do you think the horizon is?” Dad asked suddenly, pulling me from my reverie of us all dying in the desert.

The uniform flatness gave the illusion that you could see forever, but my junior year oceanography professor would beg to differ. “If we’re at sea level, the horizon should be about 3 miles away. So not that far, but we can just see it all for once instead of it being obscured by trees and buildings and stuff.”

Dad made a disbelieving noise, and we decided to test this theory by picking a rock formation just on the horizon, and watching the odometer until we came up alongside it. By this crude estimation, the horizon was about 2 miles away. Dad seemed a bit disappointed until I pointed out that there were still hundreds of miles of desert just beyond the horizon, waiting to be driven through.

Ever since I was a kid, I had loved road trips. I could sit and watch the world go past for hours, taking in the gradual shifts in landscape from Kentucky to Alabama, South Carolina, or Florida. This was the first time we had ever driven so far west. The drive had been pleasant but uneventful through Missouri and Oklahoma, but once we it Texas and the greenery started to thin out did it start to get exciting. Growing up amid the rolling green hills of Bluegrass Country, the browns and tans of the desert were striking in their barren beauty. The delineation between highway and surrounding land broke down once we hit New Mexico, and it felt like you could drive in any direction for forever without seeing another human being. After a lifetime in the more densely populated east, it was nice to see the final frontier still had a few days’ worth of wide open spaces.