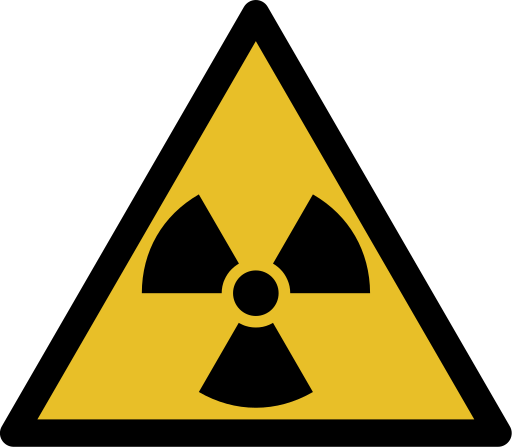 As I write my genetics lab report while listening to Imagine Dragon’s Radioactive for perhaps the 88th time on the radio, I contemplate whether people can really be radioactive. Wikipedia tells me yes– we earthlings indeed radiate some gamma rays thanks to a miniscule amount of naturally present Potassium-40 in our bodies. Some of this we get from bananas.

But low natural exposure and radiology therapies aside, we all know that a high dose of radiation is enough to mutilate any living being, whether it’s an elephant or E. coli. In fact, Nobel laureate Marie Curie, who introduced radium as the 88th element and “radioactivity” along with her husband Pierre in the late 1890s, unknowingly succumbed to drastic health effects and eventual death likely due to radiation exposure.

Ionizing radiation contains high-energy particles. When these excited uninvited particles meet our cells, they present our DNA atoms with such energy that it disrupts the chemical bonds holding our DNA together. And while we do have a pretty reliable and robust built-in machinery (made mostly of proteins) for repairing DNA damage caused by radiation, this system finds it so hard to fix all the breakage, segment deletions and other changes quick enough that the cell often just decides to kill itself.

But wait, there is in fact one individual who, while not immune to radiation, can actually survive up to 3,000 times the amount of exposure that is lethal for humans. Enter Conan, whom I met while researching for my Intro to Biotech final paper two years ago.

Conan is a polyextremophile—he can withstand dehydration, cold, heat, vacuum and surprisingly, high levels of ionizing and ultraviolet radiation. His namesake may be the tough, highly-skilled and inhuman fictitious character Conan the Barbarian, but Conan is not science fiction.

First discovered in 1956 inside a gamma radiation-treated food can and probably one of the first Earth-colonizers, Conan is winner of the “world’s toughest bacteria” title by the Guinness Book of World Records for his multifaceted survival skills. Deriving from Latin and Greek roots, its scientific name Deinococcus radiodurans literally means the “terrible or strange berry that survives radiation.”

The origins behind superpowers like invisibility, telekinesis and flight work may be mysterious, but we do know some of the secrets behind D. radiodurans’ survival tactics—they rely on the ability to repair radiation-damaged DNA in less than a day; this record time is impossible for other organisms.

One theory behind this ability is that D. radiodurans packs all its DNA in one place at the center of its cell, making it easier for the repair machinery to quickly find and replace bad or broken DNA copies with good redundant versions. Higher organisms on the other hand have much more DNA which is likely more scattered, making the repair process slower. Another notion is that the proteins that serve as the DNA repair equipment are kept protected from effects of radiation with the help of minerals like manganese that are present in larger than usual amounts in these resistant bacteria.

Using what we know so far about Conan’s genes and proteins, scientists are already working on harnessing Conan’s superpowers to save the world. Figuring out how to make human cells more radiation-resistant could potentially make radiology treatments safer for cancer patients.

When you think of genetic engineering you may typically think of fruit, designer babies, and disease therapies…but in fact, the first ever US patent for a genetically modified organism was an oil-eating bacteria designed to clean up large-scale spills. Combining the toxin-eating abilities of well-known bacteria with Conan’s ability to resist extreme conditions may give us a sustainable solution for cleaning up various pollutants in radiation-contaminated sites. Such sites exist across the country to endanger us and our environment.

Encountering D. radiodurans led me to a long-term fascination with the microbial world and its diversity. So the next time you’re tasked with a research project, don’t hesitate to choose a topic you’d never otherwise think about—it might give you a new perspective towards applying your studies. And yes, Radioactive is still in my top 10 list.